I have started a series of tutorials on how to use EZNEC for basic Yagi Modelling and if successful, will move on to other antenna software packages too.

Please follow on YouTube and let me know if there is any particular subject you would like to see. Below is an example video covering establihsing and applying DL6WU stacking formulas:

InnovAntennas have invested in Ansys HFSS 2020 R2, a fully 3-dimensional mesh-based simulation package to help in the perfection and production of the new OWL and LFA Ultra Yagi of light weight Yagis.

Strength, light weight and low wind-load are qualities required in a Yagi by the modern ham in addition, low noise Quite, symmetrical X-pol/crossed Yagis that work well on both VHF/UHF.

HFSS allows for extremely accurate simulation of the complete antenna including booms, insulators, coax cable and so on this removes a lot of manual confirmation time and uncertainty above the final results. 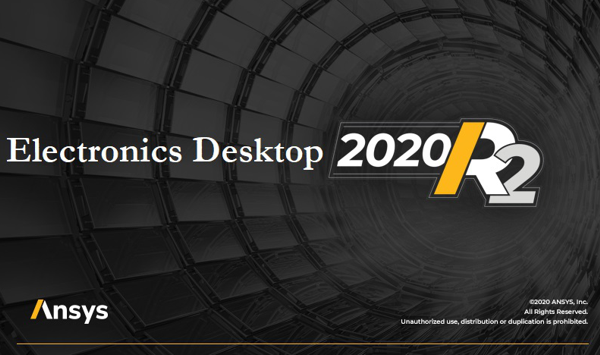 So why not simply apply ‘correction’ to the Yagi elements?

On a long 70cms Yagi with a reflector of 340mm and final director of 250mm, applying a fixed length correction (let us say 6mm for example) would mean there is a far higher percentage of correction applied to the last element to that of the first. If this result were to be reverse engineered into simulation software, all elements would be getting progressively longer than those in the original software model and this would result in any low noise characteristics being drastically reduced or lost all together.

Other factors also need to be considered. For example, the first and last elements would require far less correction than those in the middle of the Yagi on the basis there is boom only on one side of each of them. Not just boom diameter but boom wall thickness plays a major role in the final element length as does the drill hole size in the boom the element passes through.

Ansys HFSS gives InnovAntennas the ability to not have to use or apply any correction as each antenna is modelled and finalised with the boom and insulators in place. Once completed, the antenna can be built to the final software suggested sizes and without adjustment is near perfect when built.

The Ansys electronics suite is used to simulate accurately many of today’s problems. Be it antenna placement results on aircraft, or motor vehicles, to air-flow / wind tunnel simulations for the motor industry. HFSS is even used to simulate radiation patterns of mobile/Cell phones when placed within a human hand.

In addition to the standard line of products InnovAntennas offer, customer antennas and systems including EME (Earth moon Earth), Radio Astronomy and OHR (Over the Horizon Radar) are designed and built and now complimented by HFSS.

For more information, contact This email address is being protected from spambots. You need JavaScript enabled to view it. 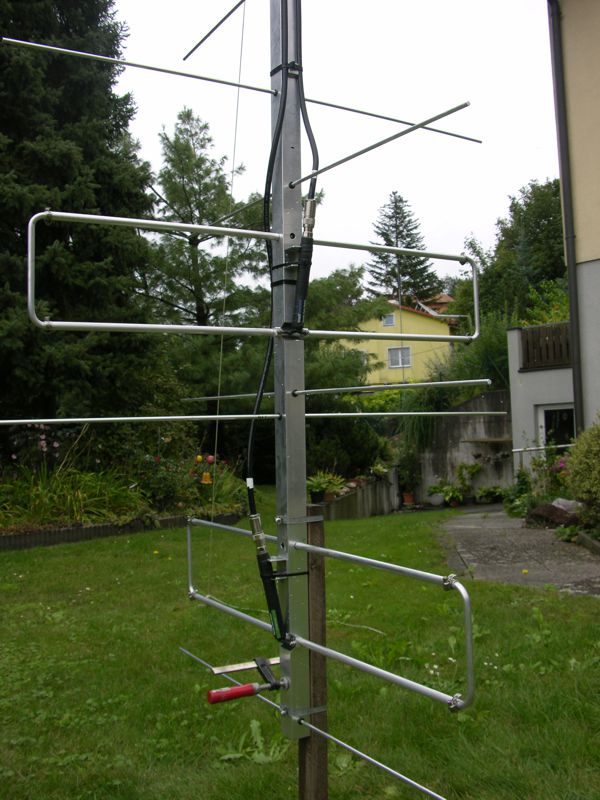 One of the InnovAntennas new LFA-Ultra Yagis desgined in HFSS using 38mm diameter Boom sections ath the station of Adolf, OE5KE. Adolf chose to go forward with his feedlines rather than the ideal routing of out of the back. This may cause distortion in the pattern this way by SWR in both planes still 'well under1.1:1' Adolf reports. 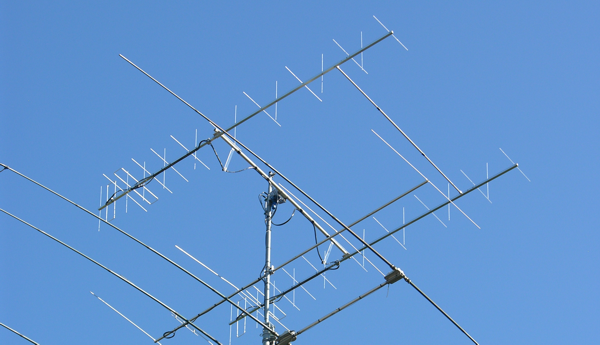